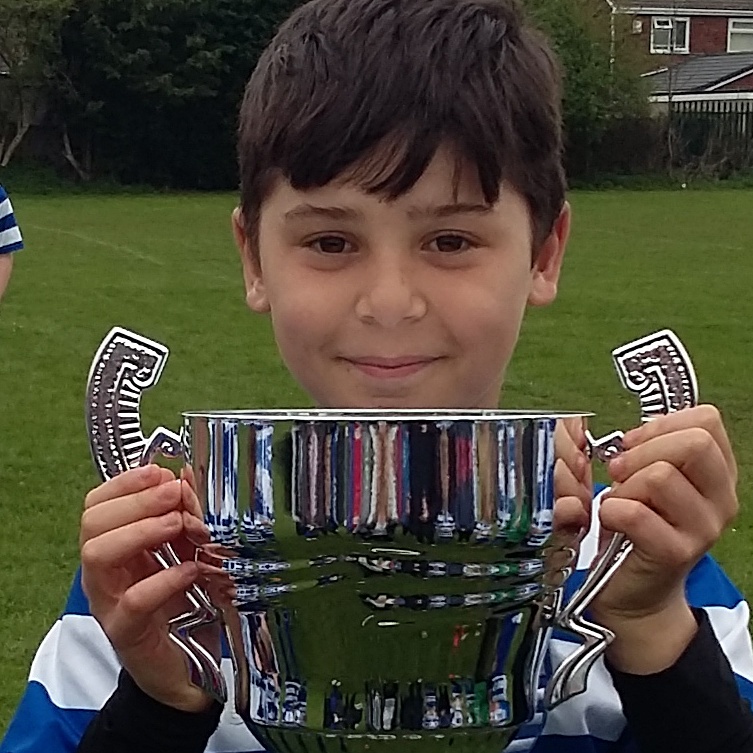 We’re excited to announce that today we have received a fantastic donation of £1125 thanks to one of our members Hayley Thompson, her survivor son Dan and his football team Adwick Park Rangers (Doncaster). Hayley and Dan’s world was turned upside down last year and Chris Crowe, Chairman of the football club told us about what happened…

“Dan had a cardiac arrest on 21st August 2016 while playing football, with CPR given straight away and the quick attendance of the emergency services he has made a full recovery.  As a football club we at Adwick Park Rangers raised money from a just giving page that was set up to install a defibrillator on our local park for the whole community. A fun day was arranged on the bank holiday where we raised more than enough money to get a few defibrillators, one for the park and some portable ones. With the extra money raised we have split it between Leeds General Hospital Ward 51, Air Ambulance and Sudden Cardiac Arrest UK which provided support and was a lifeline to Dan’s Mum Hayley Thomson who is a member of the group” You can read more about Dan’s story in the following Doncaster  Free Press article: If you would like to know more about supporting SCA UK please check out our page on Donating to us.