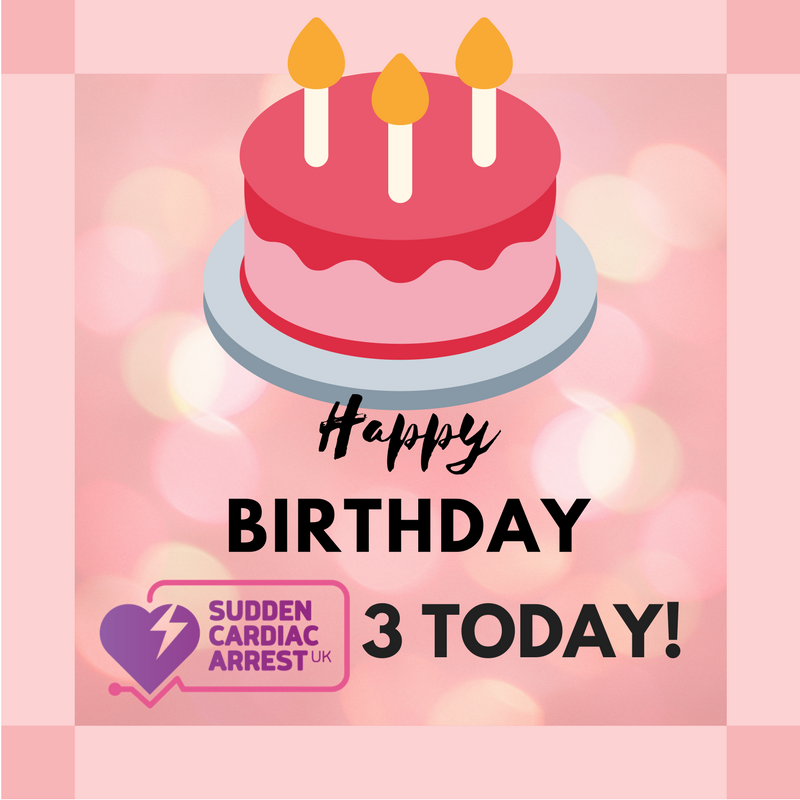 With all the hubbub of being one of the organisers of the Guinness World Record attempt the third anniversary of the creation of SCA UK has almost caught me by surprise!

The seed of the group started at a meet up of 13 strangers in a pub in London in February 2015. This came about after various exchanges on an international online forum which was for those affected by a sudden cardiac arrest. That meeting was the realisation that we (my wife & I) weren’t alone in our experience of the previous 10 months or so. There were others who were struggling to understand what had happened and were feeling a little abandoned – and this applied to both survivors and significant others.

That seed really started to germinate when the “create group” button was clicked on Facebook. My memory isn’t so great these days but although not vivid I do remember the action of pressing that little blue box. I had no pre-conceptions of what the group was going to be or even if anyone would actually join. Although I had a Facebook account I didn’t really use it as such and so despite being submerged in IT and tech for most of my career I wasn’t really into social media.

I invited those that came to original gathering to join and those with accounts joined.  Over the next few weeks the group grew and I was encouraged that there were people out there who were happy to discus quite personal and sensitive subjects to what were essentially strangers. I must admit that despite the initial interest, the first 6 months of the group were quite a hard slog, trying to keep the momentum of the group going and finding new members (I would trawl through other groups and forums looking for UK based survivors probably making a right nuisance of myself) was not proving to be easy.

However, in December of that year there was a post (by someone else) which generated quite a bit of response and it was this what really made me think that there was something to this Facebook group lark.

Anyway, fast forward on a couple of years and we have grown to rapidly approaching 900 members, of which I estimate about 75% are survivors – which is quite staggering really.  I know the support I and many others have received from what are essentially strangers has been invaluable, especially when the NHS post-discharge care is perhaps not what it should be.

Although Facebook has it’s flaws, (especially after recent privacy issues) it does serve as a great tool for connecting people together. However, it does beg the question as to how many others in the UK affected by an SCA are out who aren’t on Facebook are thinking that they are alone and are not reaping the benefits of a fabulous peer support group like SCA UK has become?  Maybe it’s time for a non-Facebook forum as well?