Home » Blog » Cardiac arrests happen to patients, not to Nurses 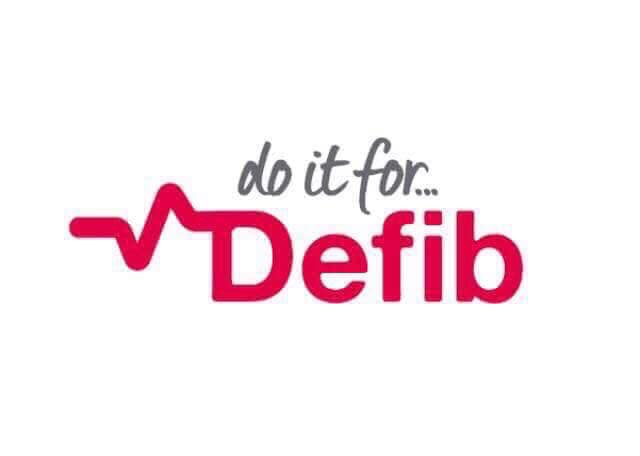 I qualified as Nurse in 2000, I have been involved in hundreds of cardiac arrests over the years.

Those patients to memory, were old, they had underlying health conditions, I can only recall two arrests where a patient actually survived.

On 26/12/2017, at 2:20am, I let out a gasp, this woke my engineer husband Stuart, as he turned the light on, I was letting out occasional groans, I had pin pricked eyes, I was going blue. He dialled 999, pulled me onto the floor, and started some 8 minutes of CPR until the paramedics arrived. This horrific ordeal was witnessed by our children, who were aged 14 and 10.

Once I arrived at hospital, I then arrested a further 3 times. I remember waking up in ITU, the following day, asking where I was, my parents were there and told me I had had a cardiac arrest

I remember shouting at them, and asking who did CPR on me, Nurses don’t have cardiac arrests, I would have had a warning.

Take me back around a month before my arrest, I felt like I was coming down with a virus, I was very tired, I had a few episodes of feeling faint, but it was December, I was a full time working Mum, it must be that I thought, it’s a busy time of year.

I remember so clearly lying in ITU and looking at my cardiac monitor, it said my heart rate was 30, I knew this was not right, the confused brain injured patient in me decided the Nurses and Doctors were trying to kill me, the Nurse in me knew something was gravely wrong.

On January 2nd 2018, I was fitted with an ICD and discharged home the following day. I was thrust a leaflet, told not to go deep sea diving or new magnets, and I would loose my driving license for 6 months.

As my husband Stuart put me into the car, I remember thinking once we get home, we can just move on and forget all about this, after all, I am Charlotte the Nurse, not a patient.

I went back to work after 9 weeks, despite still being very weak, I had learnt to go for tiny steps each day to build up my strength, as I am not going to be a patient, I am a Nurse… this doesn’t happen to Nurses

In June 2018, we organised a Christmas party for friends and family, as our Christmas had been spent in hospital, and asked for donations. Suddenly we had enough for a defibrillator and placed this with SADS UK help on a local pub wall.

Well that was easy and the end of our journey I thought. I had never met another cardiac arrest survivor, so very reluctantly, in June 2018, we were invited to the Guinness World Record Attempt at Basildon Hospital for the most cardiac arrest survivors to meet. Stuart and I talked about this and how it would be really boring and did we really want to go, did I really want to meet all those ‘patients’?

With only a few days to spare, we booked a hotel room and got a ticket, this event was to be utterly life changing for us.

Suddenly, I realised I was one of them, I also was that patient, I wasn’t Charlotte the Nurse. Every person there had also had one of the worst traumas happen to them, they hadn’t had a full team ‘de-brief’ after their cardiac arrests, they too had been given a leaflet, they also hadn’t slept a full night since, they also felt like every breath at times was going to be there last.

On coming home, I wrote a lesson plan, and got signed off by the British Heart Foundation to teach CPR to the public, we would continue to fundraise and buy another public access defibrillator. We contacted our local rugby club who would so generously let us use their premises for free to teach our sessions, we decided to charge £10 per person to raise money.

Only then did I accept, that I can’t change the trauma of what my husband and children have witnessed, but what I can do is make something positive out of this harrowing ordeal. I can look another family in the eyes and know that one of our defibrillators has meant that they also have their Mummy.  We get notified by the ambulance service when our defibrillators have been used and we know that lives have been saved, if I only could bottle that feeling.

I am over 3 years into my journey, only with counselling have our realised that each breath will not be my last, that any one of us can be a patient at any time, that life can change in the blink of an eye.

However, this required specialist trauma counselling, I then began to accept that I had Post Traumatic Stress Disorder (PTSD). With 4 sessions, I felt I was gaining control of my mental health again, a journey which I feel may need further support in the future, but for now, I will live to see tomorrow.

As we place our 13th public access defibrillator and count some 1500 people that have been taught CPR from our charity, we know that our small steps are ensuring another family will have the chance I was given.

This involved working completely out of our comfort zone, we filled in a huge document that at first glance appeared utterly overwhelming, but we did it and became a registered charity – Do it for Defib.

Three years ago, doing any of this would have been far too much out of my comfort zone, but when you look death in the eyes, suddenly things I use to worry about don’t seem daunting anymore.

So when you look at the Doctor or Nurse, remember we are so just one of you… we are all patients of various degrees, but that trauma has shaped me into the NHS Nurse I am today and I couldn’t feel more proud or humble of this and our charity.

3 thoughts on “Cardiac arrests happen to patients, not to Nurses”