Home » Blog » Powering through my SCA 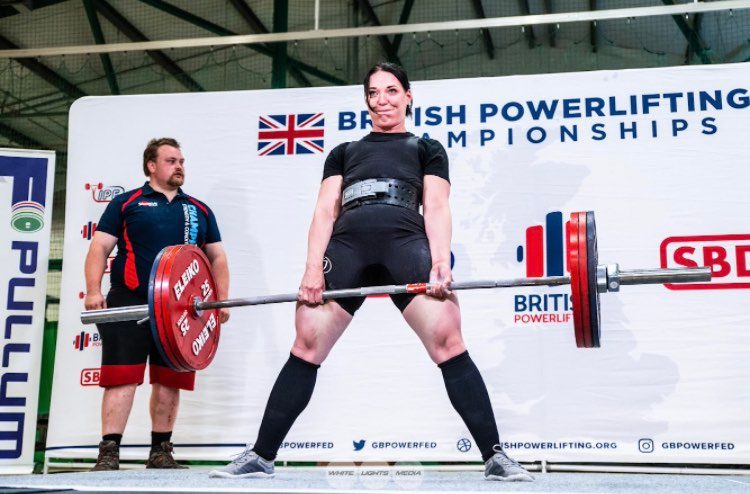 I have been a part of the SCA UK Facebook group for about 3 months after having a sudden cardiac arrest in September. It’s been amazing and often emotional to read everyone’s stories, questions, debates. It’s helped me to learn more about this scary thing we’ve got in common, and reading how people are moving on from such a scary event has helped me to reclaim my life too!

I have finally hit a big post-SCA milestone for myself and wanted to share it as I don’t feel like I would be mentally ready yet to achieve it if it wasn’t for all the amazing survivors sharing their stories and giving me positivity, and hopefully, I can contribute to the hope of normality.

For background, the video above is me less than three weeks before my cardiac arrest. I was competing in powerlifting and hit a new best of 145kg (320lbs) in the squat. This would have been my third year of training, my second time competing.

Then on the 7th of September 2021, following some good rest and a week of easing myself into fairly lighter training, I was warming up, squatting 100kg (220lbs) for a couple of reps and apparently throughout it I didn’t appear as present as I do usually, but I finished my set.

My partner checked in and asked if I’m okay.

I responded “yes”, looked up and suddenly I had collapsed on the floor.

I was lucky to have the best help available as soon as possible – friends that know CPR, ambulance around the corner, police ready to escort, fire department and air ambulance ready to help too.

I was sedated for a couple of days and tests had shown no damage to my brain or body. I was initially hospitalised in Bedford but then moved to Royal Papworth in Cambridge. I had amazing care. Lots of tests and help.

I’m 26 years old and healthy (in every other way apart from that little moment of dying for a bit), no family history of similar issues, nothing found to cause my SCA. So I’m now fitted with my new friend, an S-ICD.

For the first few months, I battled the horrible realisation that I could have lost everyone.

And they could have lost me.

My last memory is dropping my then 5-year-old daughter at school that morning.

And it still brings me to tears that it could’ve been the last time we would’ve been in each other’s lives.

I’ve felt guilty for traumatising my partner, I’ve felt guilty to see others needing therapy because of helping me, and sometimes I still can’t sleep at night thinking the thoughts that I don’t want to be thinking.

I feel bad for not feeling lucky for how easily I’ve gone through this instead of feeling sorry for myself and being consumed by fear.

I’ve attended a PTSD course, which is hard because I don’t remember the event that traumatised me, I don’t even remember the realisation of the mental trauma.

As far as my memory goes post-SCA, I’ve been already aware and fully soaked in the emotional consequences of the event. And these confusing emotions and thoughts aren’t always understood by the “others” who haven’t accidentally stopped living for a bit.

So, being with this group of people that can relate to how I feel has been helping me feel less left out on a “normal” life and I’ve been working hard to return to my life…

…reclaiming who I am

After speaking to my cardiologist and having approval from another powerlifter who also is a medical specialist, receiving assurance that my SCA wasn’t caused by lifting weights, I was given the green light to return to training.

And it’s not the same of course.

My body doesn’t feel the same

…and my mind has a lot of healing ahead.

But I have finally squatted over the deadly weight again (above video) – 101kg/223lbs – I’m not squatting 100 ever again!

And even though it’s far from my best lift ever, it’s finally an improvement from my last worst lift!

And I feel like I’ve finally won against the cardiac arrest!

No competitions for me in the near future, but I’m excited to continue living and hopefully one day I won’t feel like my SCA defines me.

3 thoughts on “Powering through my SCA”