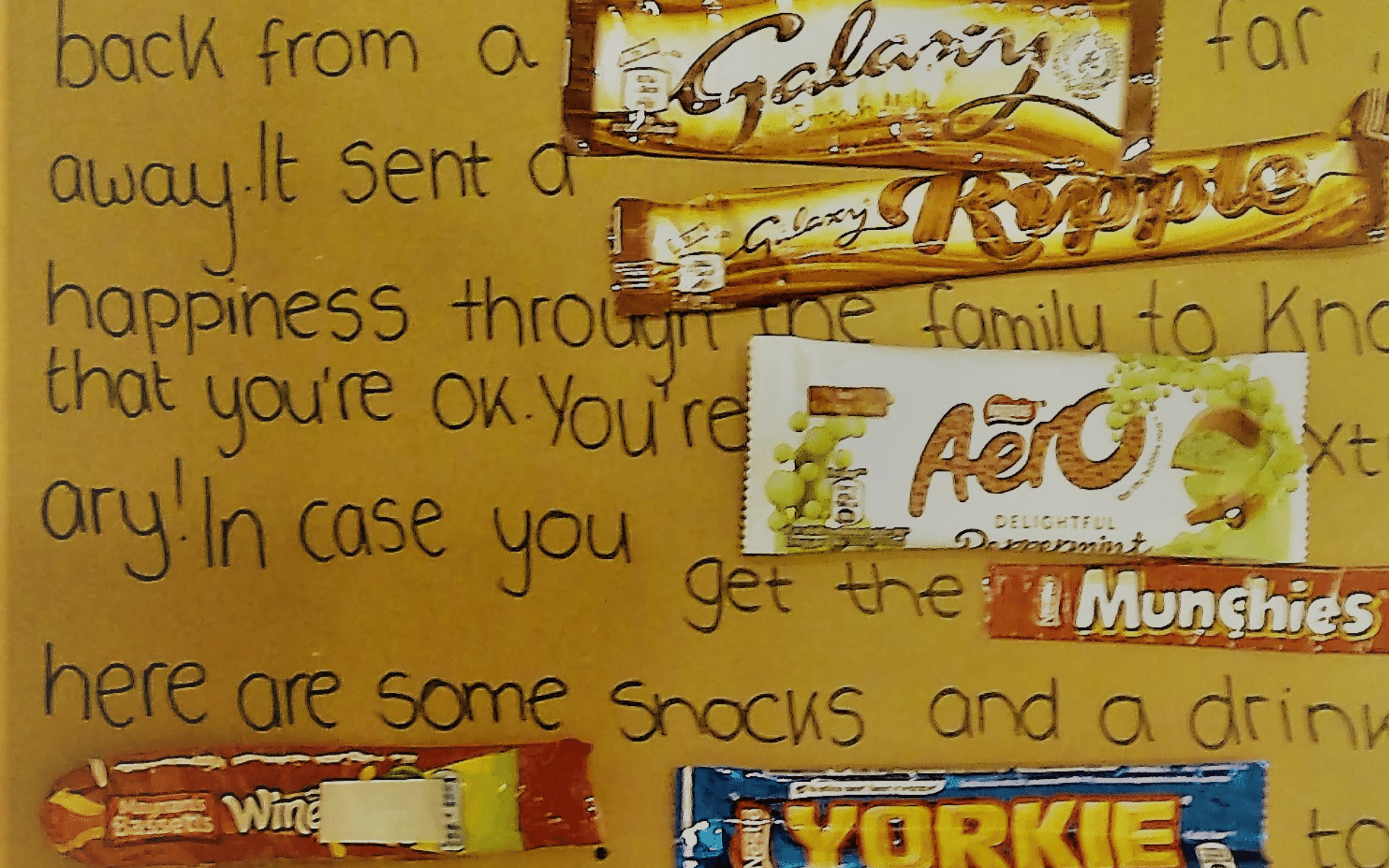 It has taken me four years to write about my SCA.

In October 2016 I developed pain in my right side towards my back.

I put it down to backache.

It got worse in the evening and when I went to go to bed I found I could not lie down as the pain was excruciating. The only way I could get any relief was to sit in a reclining seat, I managed some sleep but in the early hours, the pain was too much so I looked online and (unusually) found a mid-morning appointment slot to see my GP and booked it.

I am a teacher and, like many in the profession who should know better, am reluctant to take time off. Because I live within walking distance of my school and GP I, therefore, went to work before my GP appointment (the pain had eased and was much better when I was standing!).

The GP diagnosed a possible Pulmonary Embolism but added that the symptoms were not typical, he gave me a letter and arranged for Yeovil Hospital Ambulatory Care to see me. I returned to school and a colleague kindly offered me a lift to the hospital. I rang my wife and found my youngest son (who attended my school) to explain what was going on.

At the hospital, the Nurse Practitioner said that she would ‘eat her hat’ if it was a PE.

A couple of hours later we were looking for her hat and I was put on the blood thinner Rivaroxaban. I was treated as an outpatient over the next few days and recovered. I was taken off Rivaoxaban six months later.

Beast from the East

Following a family party at the weekend I was trying to drive my niece and nephew to Bristol Airport early on the Monday morning before school! The snow meant that a trip that should have taken about an hour resulted in being over 4 hours.

I was late for school.

The next day I had a slight ache in my calf. I dismissed it.

It was still there the next day. It really was only a mild ache, there were no other symptoms e.g. swelling etc in my calf. For some reason (because I was convinced there was nothing to worry about) I did what was described by a friend as a ‘very un-bloke like thing to do’ and made an appointment to see the GP. Again I was in school, this time though, a colleague gave me a lift to save the walk. The GP examined me, could find nothing wrong but said: ‘Well last time the symptoms weren’t typical’ so in case it was a DVT which might develop into another PE he gave me another letter and arranged for me to visit Yeovil A&E.

I walked back up to school.

I didn’t feel there was any need to rush. I had lunch in school and the same colleague that gave me a lift in 2016 offered me a lift to the hospital this time. I rang my wife at her school but had to leave a message as she was teaching. I said to the receptionist to tell my wife not to worry and explained it was likely to be nothing. I went to see my youngest son and repeated the same thing saying I’d probably be back for tea.

On the way to the hospital, I said to my colleague giving me a lift that I had a slightly heavy feeling in my chest – I felt no distress and said it was probably nothing. Nevertheless, she put her foot down. On arrival at Yeovil A&E, I walked in, handed in my letter from the GP and sat down in the waiting room. My colleague popped in just to check I was OK. I assured her I was, she left and was taken into a cubicle to be checked. I’d been in the hospital no more than a couple of minutes.

The nurse went off to get something.

I heard voices and it was as though someone had flicked a switch and turned on a bright light. Tubes were being pulled out of my throat and other parts and a nurse was asking me if I knew where I was.

I was in Yeovil Hospital and it was Wednesday 21st March, in the afternoon.

I was some 30 miles further down the road in Musgrove Park Hospital, Taunton and it was Thursday morning. My wife was there.

The last time I had been a ‘patient’ in Musgrove Park was nearly 53 years before. I was born there.

Gradually I began to grasp what I was being told.

I had had a cardiac arrest within minutes of going into Yeovil Hospital. The crash team had worked on me for nearly two hours. I had ‘gone’ 4 times and the doctors had not thought I was coming back after number 3. I had been given CPR for some 50 minutes and was given a total of 18 shocks. I had been put into an induced coma and transferred to Musgrove Park.

I remember being somewhat tearful. Saying to my wife that ‘they don’t give people 18 shocks’ and asking if I could sue Ofsted! (I had been through a very stressful time at school over several years as a member of the Senior Leadership Team).

Later that day I was transferred from the ITU to the Cardiac Care Ward.

It was the last place I spoke to him before he died from a heart attack – resuscitation, unfortunately, did not work for him.

I have a lovely family, my wife and I have a daughter and three sons. Yeovil hospital had phoned my wife to tell her I was seriously ill. She in turn rang my school to ensure our youngest son did not go home but waited for her to pick him up but asked that he not be told why. The other three children were abroad. Our daughter was working in Switzerland and our sons travelling in Peru and New Zealand. On the way to the hospital, my wife explained what had happened and our son rang his siblings in the car.

At Yeovil Hospital the doctor explained that the exact cause of my arrest was unclear. Because I had gone in with a possible DVT/PE I had been given emergency thrombolysis. It was also explained that due to the prolonged nature of my arrest, that brain damage was a distinct possibility. They were going to transfer me to Taunton via ambulance and that it would be a  ‘grey area’ while I was in transit. My wife was advised ‘not to try to keep up with the ambulance’! My son was told that if his dad came through this he would certainly have a ‘story to tell’.

Tests and checks in the first few days after my arrest were limited as my kidneys had taken a hit and needed to recover before I could be subjected to too much. CPR and shocks combined with the thrombolysis had left me battered and bruised. The worst part of the first week or so was from the broken ribs and damage to my lungs. Sneezing and coughing were agony and I’ll never forget the pain of regularly coughing up blood that looked like lumps of liver! Walking was difficult (when I made it out of bed) as I hung on to my drip trolley to steady myself. With my swollen feet, it was like walking on fluid-filled cushions.

As time the days progressed I was moved to beds further away from the direct eye-line of the nurses which I took to mean that I was steadily getting better. One nurse on hearing that I had 18 shocks came over and shook my hand saying he’d never met anyone who had had that many. Another could not stop herself from catching my eye and laughing every time she handed over at the end of her shift ‘This is Phil, he came in from Yeovil Hospital where he had (laughs) 18 shocks following a cardiac arrest’.

I stayed in the hospital for 5 weeks.

The reason for my cardiac arrest at the end of this time was considered to have two possible causes. Either a significant pulmonary embolic event or ARVC. On the morning of my last day in the hospital, I was fitted with an S-ICD. I returned home somewhat frail but otherwise ‘fully recovered’.

On my return, I rang Yeovil Hospital and thanked the doctor who had led the team that saved my life. I returned to work a couple of weeks before the summer holidays. Ofsted returned on the anniversary of my arrest – I did not sue! The inspection did not go well – I pointed out in the meeting with governors that followed that we needed to keep things in perspective, after all, a year before I was dead!

With the diagnosis of ARVC comes the question of it being inherited.

Having had genetic testing no abnormality was found however as the letter said ‘this does not mean that there is no underlying genetic abnormality’. All my children enjoy their sport and the spectre of possible cardiac arrest through an inherited abnormality remains.

As for me – I have been able to return to life very much as it was before my arrest. My right ventricle is slightly dilated, I take 4 tablets a day and my S-ICD has not delivered any shocks. I do get tired occasionally and fall asleep easily in the chair but the cause could be medication, age or just being in a tiring job. I feared in the hospital that I would not be able to enjoy walking in the countryside ever again but am able to walk very much as I did before. I have invested in an electric bike (and had to buy my wife one too!) so that I do not strain going up hills (strenuous exercise is a no-no for those with ARVC).

I count myself as one of the very fortunate ones and there is a part of me that would like to calculate the exact odds of survival (I teach mathematics). How many survivors walk into A&E minutes before arresting have 18 shocks and 50 minutes of CPR and make a full recovery?

As with all survivors, the chain of events that led to survival certainly is a  ‘story to tell’.

2 thoughts on “A story to tell”