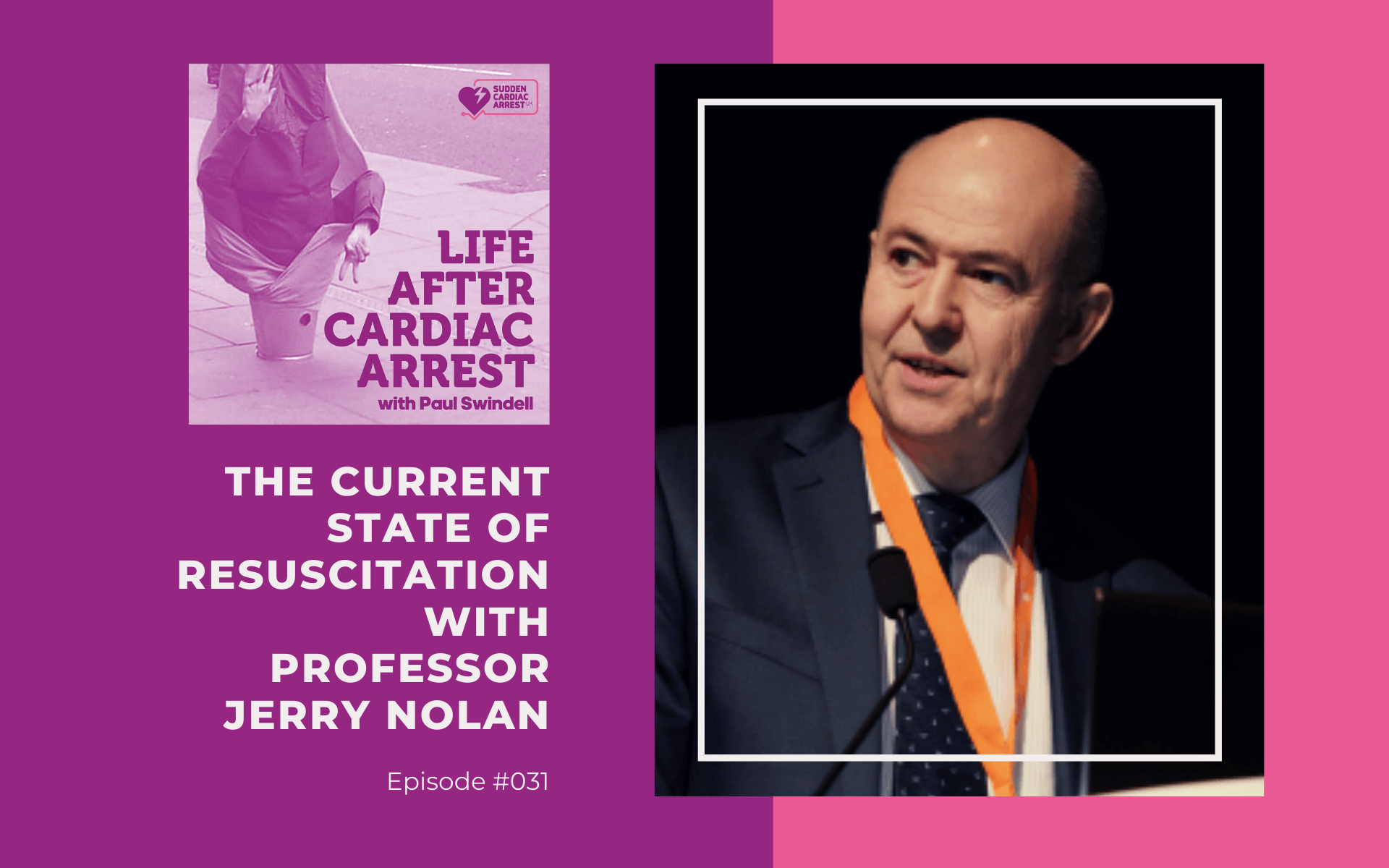 In season two’s opener (episode 31), Paul talks with Professor Jerry Nolan, who is a consultant in anaesthesia and intensive care medicine at the Royal United Hospital, Bath and Honorary Professor of Resuscitation Medicine at the University of Bristol.

He is also the current Chair of the European Resuscitation Council and in 2016 the American Heart Association awarded him the honorary title of “A Giant of Resuscitation”.

The conversation covers a wide range of topics from the current state of resuscitation in UK and Europe, including statistics, why in hospital and out of hospital cardiac arrests are categorised separately, “routine” operations post-arrest, the Chain of Survival, the new ERC guidelines, the importance of public involvement, cardiac arrest outcome measures, the problem with the CPC “Good” label, improving rehabilitation, PTSD in those involved in resuscitation, GoodSam and other new technologies.

Presented by Paul Swindell and edited by Matt Nielson. 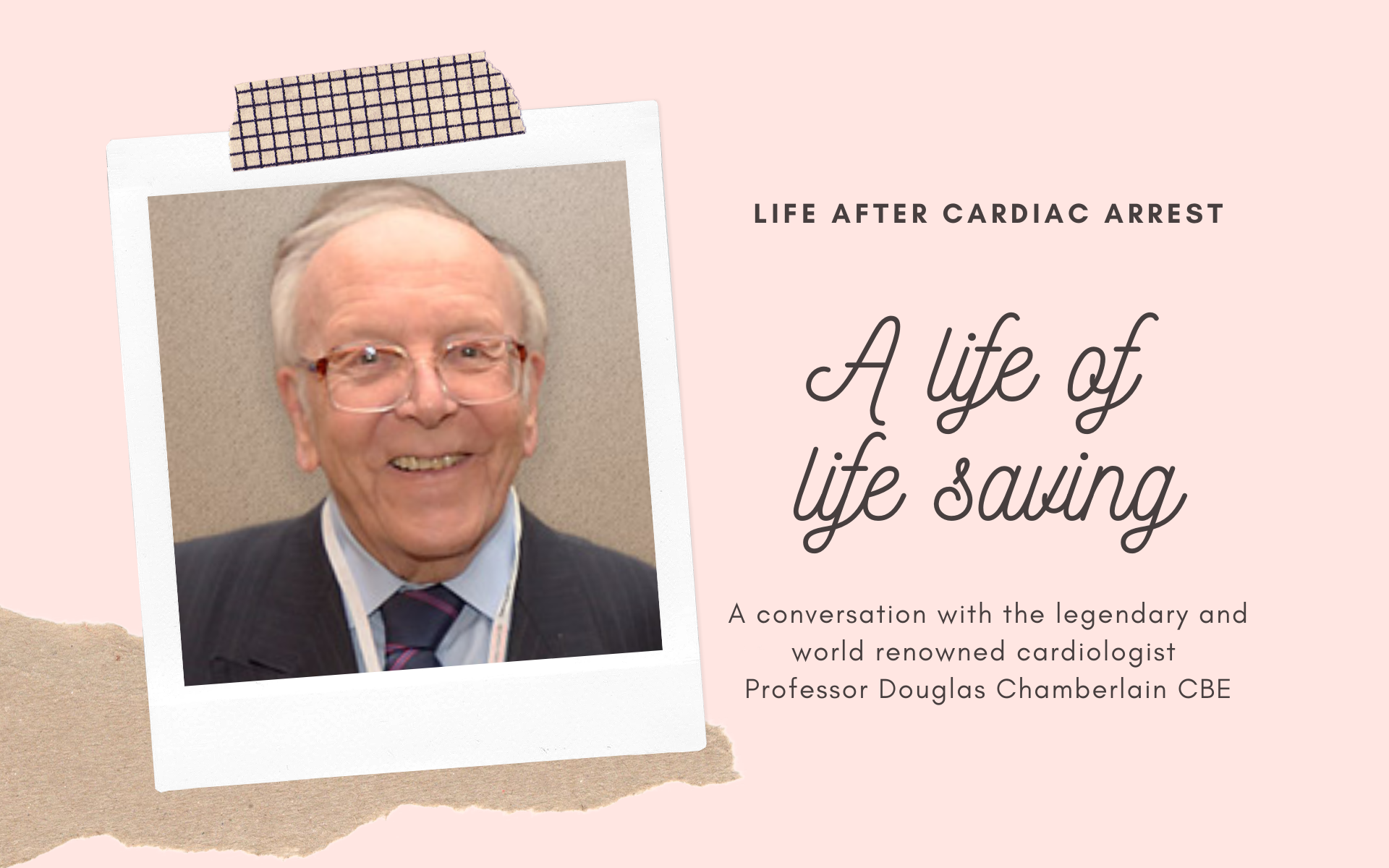 Douglas is now aged 88 and started his journey into medicine in 1935 when as a 4-year-old he visited his doctor and saw something that intrigued him. From that point, he takes us through many humorous anecdotes of his life in resuscitation.

This includes being at the inception of many important innovations for cardiac arrest survivors and many others who’ve ever called for emergency medical help.

He talks about his research into beta-blockers, the formation of Europes first paramedic unit, the deployment of AED’s into public locations and ultimately into the hands of laypersons with the formation of CFR’s.

A fascinating journey through Professor Chamberlain’s life as a doctor in cardiology and more importantly for survivors, resuscitation.

Presented by Paul Swindell and edited by Matt Nielson. 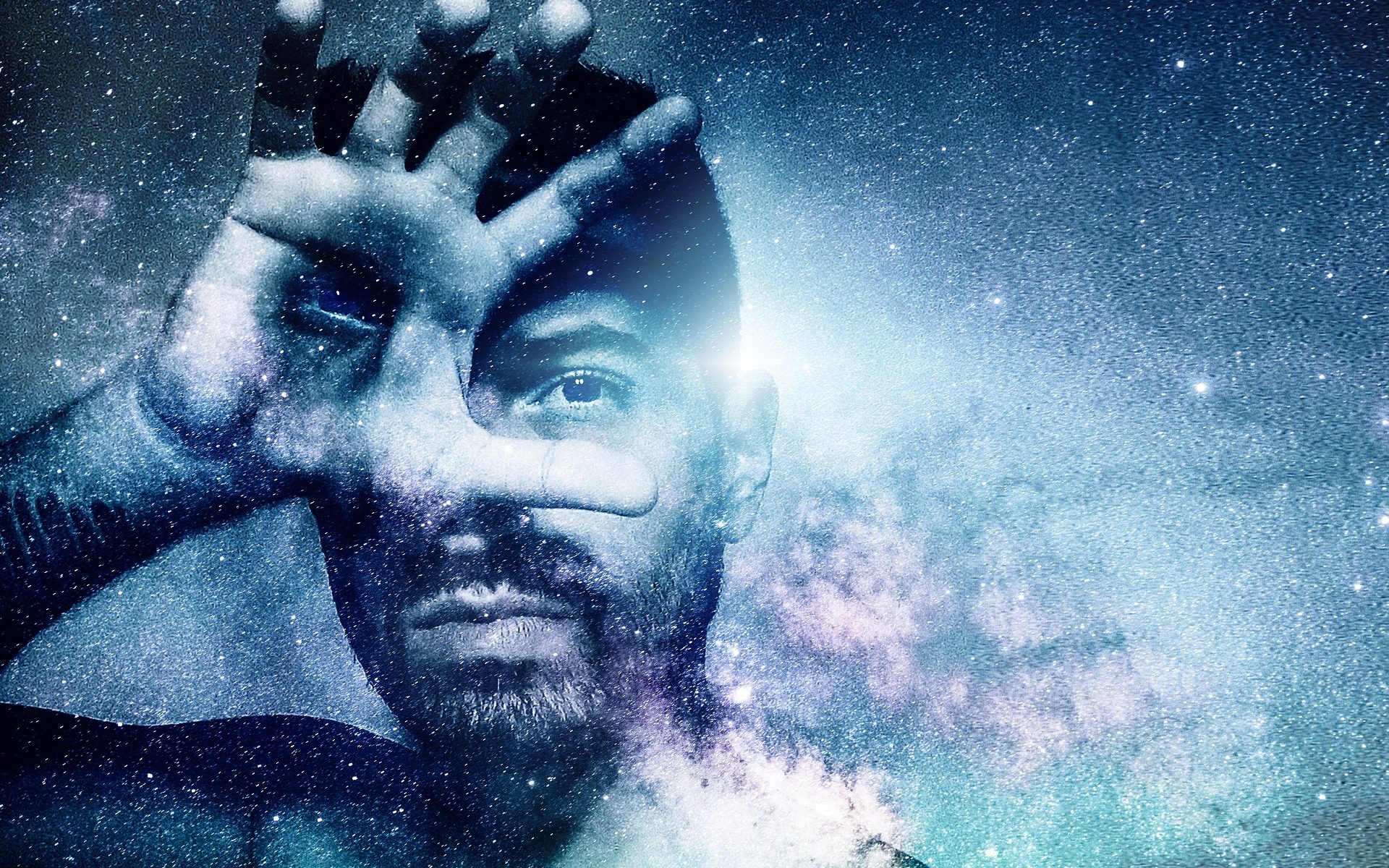 Since his arrest during a half-marathon Ted has made many insightful and wise posts relating to his and others recovery.

He has recently collated them and published them as a pamphlet (as he calls it) titled “Observations of a Sudden Cardiac Arrest Survivor or What I wish I’d been told when I was discharged“.

A very interesting conversation and associated publication which is available from Amazon and SCA Facebook groups.

Ted mentions an obituary he wrote for another survivor that he didn’t know but felt a bond with. Here it is…

I didn’t know Richard Greidanus, but I miss him

I didn’t know Richard Greidanus. We lived about 100 kilometres away from each other; he in Ancaster and I in east Toronto. And Richard was about 5 years younger than I. But we were both avid runners.

In fact, we both ran Hamilton’s Around the Bay 30k road race in 2004 and then, in 2005, ran the Mississauga Marathon. Five years later, Richard and I both ran the ultimate reward for runners, the Boston Marathon. It was my fifth and Richard’s second Boston Marathon. And while we never ran together or even knew each other, it is possible we crossed paths or saw each other somewhere over the course of those events. At least I’d like to think so.

I didn’t know Richard as the son, husband, father, friend and business executive that he was for many others in the Hamilton area; I only knew Richard through our shared experience of being runners. But Richard and I did have something else in common. We both raced in the Road2Hope half marathon that ends in Hamilton’s beautiful Confederation Park. Unlike those other races we ran, we didn’t run this particular half-marathon at the same time.

We both promptly received medical attention and were rushed to Hamilton General Hospital. I survived. Richard, sadly, did not. I first learned of Richard’s death on the one-year anniversary of my own cardiac arrest in Confederation Park. I had driven to Hamilton to find the spot where I fell by using the data from the GPS watch I was wearing during the race. I thought that being at that exact spot might help me recall something about what happened there a year ago. It didn’t. Deprived of oxygen by my fibrillating heart, that part of my brain responsible for being aware of the heart-stopping events shut down before I hit the path I was running on. As I was walking back to my car, I received an email from a running partner in Toronto with a link to the CBC story about the runner who died running the half-marathon the day before. That runner was Richard. Like me, Richard was doing something he obviously loved doing. And if his last moments were anything like mine on that day in November, Richard would have felt the alternating warmth of the sun through his running clothes and the coolness of the autumn air in the shade from the trees bordering the path as he ran toward the finish line.

With sparkling Lake Ontario peeking through the bushes to his left, he would have heard the excitement of the spectators and felt the chatter and camaraderie of the ever-changing cohort of runners in his proximity as he passed them, and they him. His legs tired and his body exhausted from the continuous effort, he would have felt a surge of renewed strength as he sensed the approaching finish. At that point, he might have picked up the pace a bit and started his sprint homeward. He may even have felt that overwhelming sense of joy that runners sometimes experience, that love of being alive and being in love with life when the physical struggle is nearly over and the goal is within reach.

That’s how it was for me, about a quarter of a kilometre away from completing the race. I can only guess at the joy Richard must have felt a mere 10 metres from the finish line. And then, before I even knew I was about to fall, I lost consciousness. If Rick was here today, he’d probably look at me and soberly say, “Ted, I only beat you by 200 metres or so. That’s nothing. You’ll do better the next time.”, and then swap stories about our half-marathon experiences.

I understand Rick was that kind of guy. He’s been described as a good man, as being generous, supportive and caring, and as a positive mentor. He was kind-hearted and patient, his running acquaintances say, and selfless. If only Rick was here today, I could talk to him about how hard it’s been to reconcile my runner’s heart failing me without warning during that race. I’d ask his advice about how to get my confidence back after such a monumental physical and psychological let down.

I would share with him the obdurate sense of loss I feel about not being able to run like I used to. I believe he would understand like no one else could. I didn’t know Richard Greidanus, yet if it’s possible to truly miss someone you’ve never met, I miss Rick. Like many others, I wish he was here today to offer some words of encouragement and help us move, or run, forward.