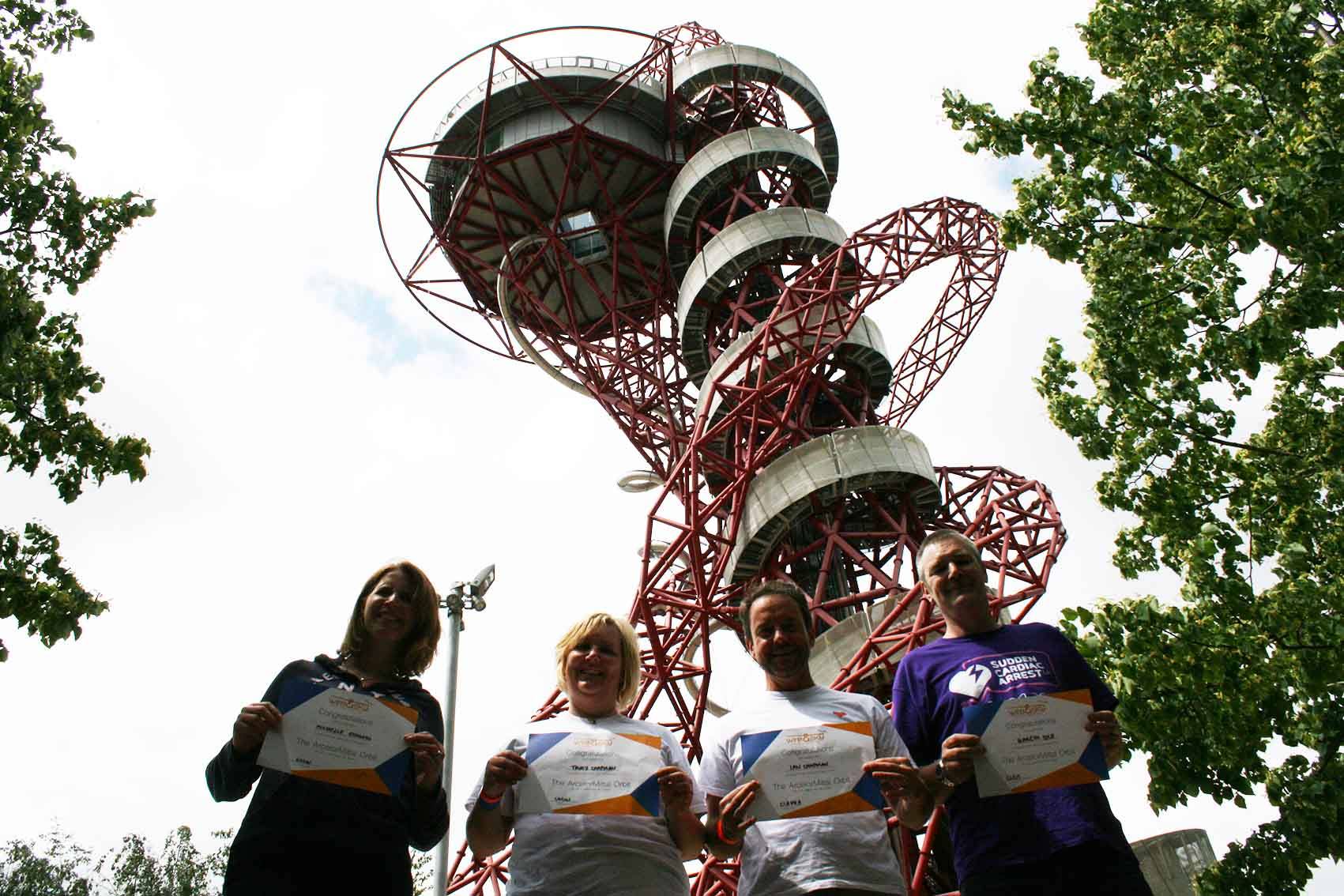 The day had arrived, Saturday 24th June 2017, where myself and 8 other mad people including another 5 cardiac arrest survivors, met at The Arcelor Mittal Orbit in London’s Olympic park at Stratford. 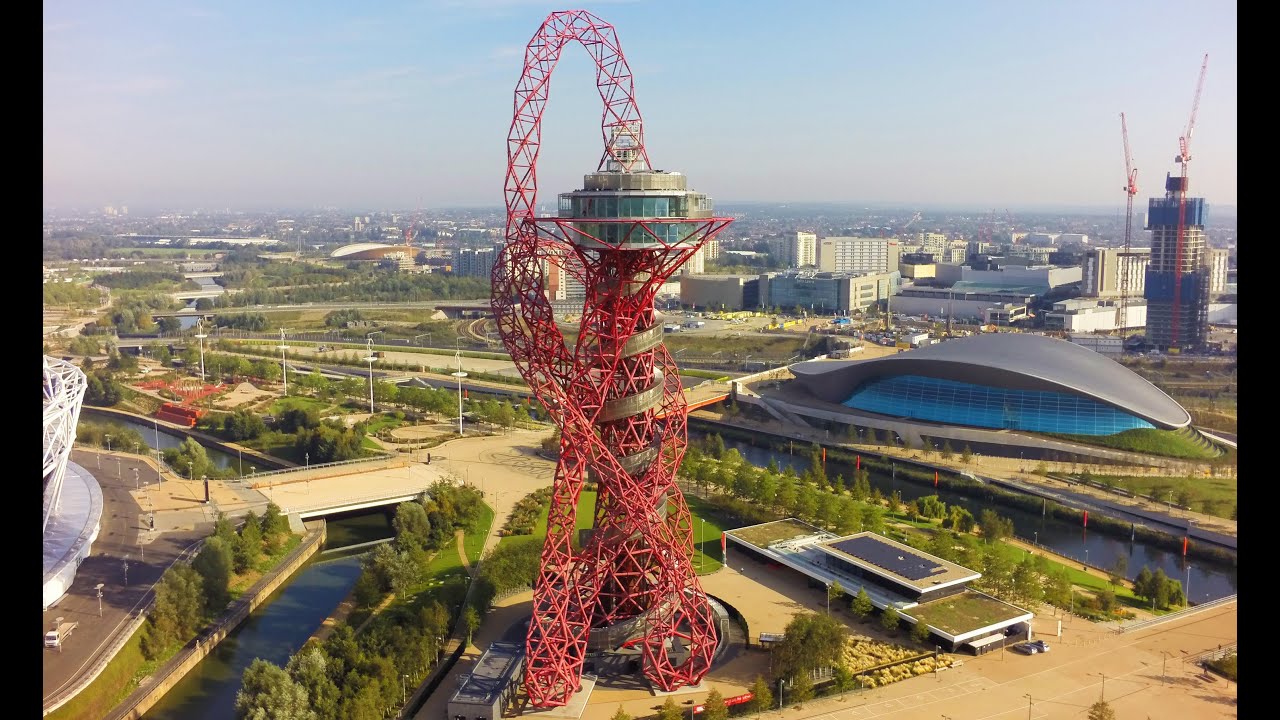 We were going to abseil down this lovely structure to help raise funds for various charities including SADS UK and the British Heart Foundation. In our group were of intrepid abseilers was myself Chris Solomons, Ben Parkin, Gareth Cole, Michelle Edmonds and the one to blame for this , the lovely Trudy Bass-Chapman, all of us were the survivors. The others were Trudy’s husband Ian, Brenda, Jo and Penny. Unfortunately we were not allowed to take anything up with us that could be dangerous if it fell out of our pockets, so no cameras or phones.

Time had arrived for us to get ready for the abseil and then the journey to the top. We were ushered to a kit ready area where we were given equipment to put on; this included a harness which was rather uncomfortable when fully tightened (especially for us male participants). We had gloves to put on and also the important hard hat or safety helmet. The instructors advised on what was going to happen next.

We then made our way to the lift which would take us up to the top of the structure and to our final destination. We all seemed quite relaxed, no one seemed to be panicking or was asking too many questions, and in fact we were having a laugh. Finally we arrived at the top and were lead out to our instructors who were up at the top. I and Ben had said we would go first but as it happened ben went with Michelle. So I could stand back and see what was going on and how they were being made safe. Then time came for them to take the leap of faith (sort of). Ben and Michelle were ready to go for it. As we watched them go over the edge there were no screams or shouts just sheer joy that they were on their way down. It seemed like forever before it was my turn to take the plunge. So myself and Penny climbed up onto the platform, did not want to look down, so just talked to the young lady that was going to look after me (she was braver than me). Eventually I was ready to go. So with my back to the world and just looking at the Olympic stadium, I made the move to the edge. Gradually sat back into the harness and let the momentum take me over the edge. Slowly, slowly, I heard the girl say, which I did; I was not going to do a Usain Bolt, no way. 2 foot, then 1 foot, then FREE as a bird. That moment was so wonderful and enjoyable, I just hung there and thought ‘this is wonderful’ started to lower myself down, not to fast, steady away, all the while talking to Penny who was on the other rope. We seemed to enjoy every minute of this. My emotions had gone, I was enjoying this too much. We were just taking in the wonderful scenery around us, seeing landmarks from a different perspective, canary wharf, the London Eye, the Thames and of course, the Olympic Park or for all football fans, West Ham United FC. Anyway we were nearing the bottom when I thought ‘I’ll get brave’, so I started to wave at my fellow survivors and relatives on the ground, and just hung there for a split second, then carried on down to the ground, I did just hang there, about 6 inches of the ground and was very proud of myself.

Finally, with feet firmly on the ground, I looked up to see what I had just accomplished and thought to myself, I am very proud to have completed this, and I would do it again, so for any other survivors out there that have not done something like this, I would say, ‘go ahead and do it, put it on your bucket list or to do list, you won’t regret it’.

So may I say a big HEARTY well done to the following: Trudy Bass-Chapman, Gareth Cole, Ben Parkin, Michelle Edmonds, Penny, Jo, Brenda and finally I Chris Solomons for showing that even if you have survived a cardiac arrest and some of us have ICD, you can do anything you want to, within reason of cause!

So BRING IT ON FOR NEXT YEAR.