I woke up in a hospital bed in the CCU ward of the Royal Free Hospital on 22nd December, 1994. My wife, Adele, was sitting beside my bed and I asked her what was happening and where was I?

I had arrived at my office the previous morning to collect some files, and had just stepped outside the door onto the pavement when I collapsed, unconscious, on the pavement. My employer saw me lying there and told one of the staff to dial 999. I wasn’t moving or breathing and was just lying there on my back, going grey. While waiting for the ambulance to arrive, he knew he couldn’t just watch me die and, having seen CPR being administered once before, he decided to have a go at it with me.

A paramedic on a motorcycle arrived in about 8 minutes and, luckily for me, he had an AED with him. He began prepping me for a defibrillation procedure when a 2nd LAS unit arrived with two more paramedics. It took them about 30 minutes to get something resembling a stable output from my heart. On the ride to the hospital, I arrested 3 more times, receiving defibrillation each time.

Once in the resuscitation unit, I was stabilised and my wife and daughter arrived to see me lying there, covered in foil insulation and with all conceivable wiring and machines hooked up to me.

My daughter told me later that the 1st paramedic was waiting outside Resus in a very nervous state as he had only qualified 6 months earlier and I was his first SCA to survive. I was sedated and kept unconscious for a further 24 hours.

Once I awoke the next day, the cardiology team confirmed I had arrested but couldn’t say exactly why. They did tell us that I could not be discharged until an ICD was implanted. My wife arranged a transfer to St. Bartholomews in London where I was cared for by a specialist arrhythmia team. I had recovered all my senses except for short term memory and was feeling quite strong and well for another month and my ICD was implanted in late January, 1995.

I left the hospital within a week and continued my recovery at home. Not a lot of information about life with a defibrillator was available in those days. We just got on with things. I lost my driving licence and was unable to find work until the following April.

In the meantime, I almost arrested once in my sleep and then, in March, I arrested at home in front of my 8 year old son. The ICD paced me and I regained consciousness but was still in fibrillation. Then, the ICD went off with a full defib shock and restored my heartbeat.

The ICD went off twice more that year but I wasn’t in Ventricular Fibrillation. The doctors fine tuned the ICD and prescribed a beta blocker for me and everything went back to as near normal as possible under the circumstances. I endured another cardiac arrest whilst asleep at home in January 1999 and was saved by my ICD giving off another life saving shock.

No further arrests have happened since and I am now on my 4th ICD. The eventual diagnosis of my arrests suggested that my prolapse mitral valve, which I was born with was at fault and I received an artificial mitral valve via open heart surgery in December, 2003. I continue to live a fairly normal life, taking only two drugs for life; Sotalol Hcl (beta blocker) and Warfarin because of having a carbon fibre mitral valve in my heart.

I have an excellent prognosis so far. My initial arrest occurred at age 46 and I will be 70 next February. I am currently an outpatient at Harefield and have a
Boston Scientific ICD (my 4th) and a bedside monitor now. It does an automatic upload and transmission to Harefield every three months and I have an annual appointment there for the pacing clinic, my cardiologist and an echocardiogram, as well. I have no serious issues regarding this exciting medical story. I got my driving license back just over 2 years after the initial arrest and have been flying all over the USA and Europe ever since. I’ve lived to see two of my children get married and there are now 3 grandchildren that I might never have seen.

A few technical points to add:

My 1st ICD was implanted in January, 1995  It was a Ventritex (acquired by St Jude in 1996) unit and weighed over one pound. It was inserted into my abdomen below the left side of my ribcage. The sensing/pacing leads ran up under the skin over my ribcage, up to my collarbone and then entered an artery to go down into my heart. It took me about 6 weeks to begin sleeping properly because of the bulge over my intestines. I did get used to it, and, although I couldn’t ignore it altogether, it did get more comfortable. That unit went off 4 times, twice saving me from SCAs and twice inappropriately, knocking me off my feet whilst fully conscious. It was replaced due to battery getting weak in March, 1999.

The second one was a Medtronic unit about the same size/weight as the first and was also inserted into my abdomen in the original pocket. That one never had to go off and its battery began to go downhill in 2008, just before my daughter’s wedding in August. This surgery was done at Harefield and while discussing the procedure with my cardiologist, he realised he had forgotten where mine was. When I reminded him it was my abdomen, he laughed and said things had moved on since 1999.

The new one would be implanted in a pocket behind my left pectoral muscle; it was that much smaller! That was done in late July, 2008. and that was also a Medtronic unit.

Finally. ICD #4 was done in September, 2015 and one of my leads was failing, so a new lead went in, as well. This unit is a Boston Scientific, accompanied by a new bedside monitor. It’s about the size of that cigarette lighter (a Zippo I’ve had since my Air Force days).

So, that’s 23 years’ worth of ICD technological progress. This new one is invisible behind the chest muscle. I’m the only one who knows exactly where it is. The only negative side of all this is that they left #2 in my abdomen because they weren’t going to subject me to 2 procedures back in 2008. So, they just switched it off and it sits happily and quietly in my guts. Again, I’m only aware of it because I know exactly where it is! Apart from the relatively unnoticeable scars from all the incisions, I don’t look like I’ve had all this surgery done on me.

To finish, finally, my dodgy mitral valve began giving up on me in 2003, and I underwent open heart surgery in December of that year and received a carbon fibre mitral valve to replace my failing one. That’s now only evident by the fading vertical scar over my sternum (breastbone).

Let’s be real careful out there! 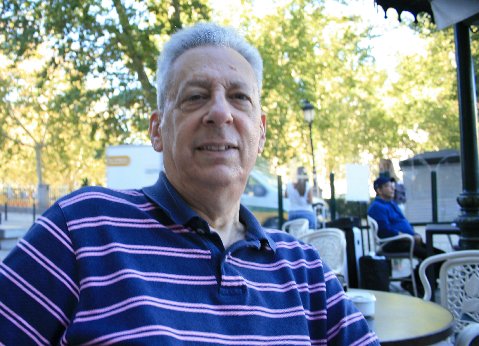