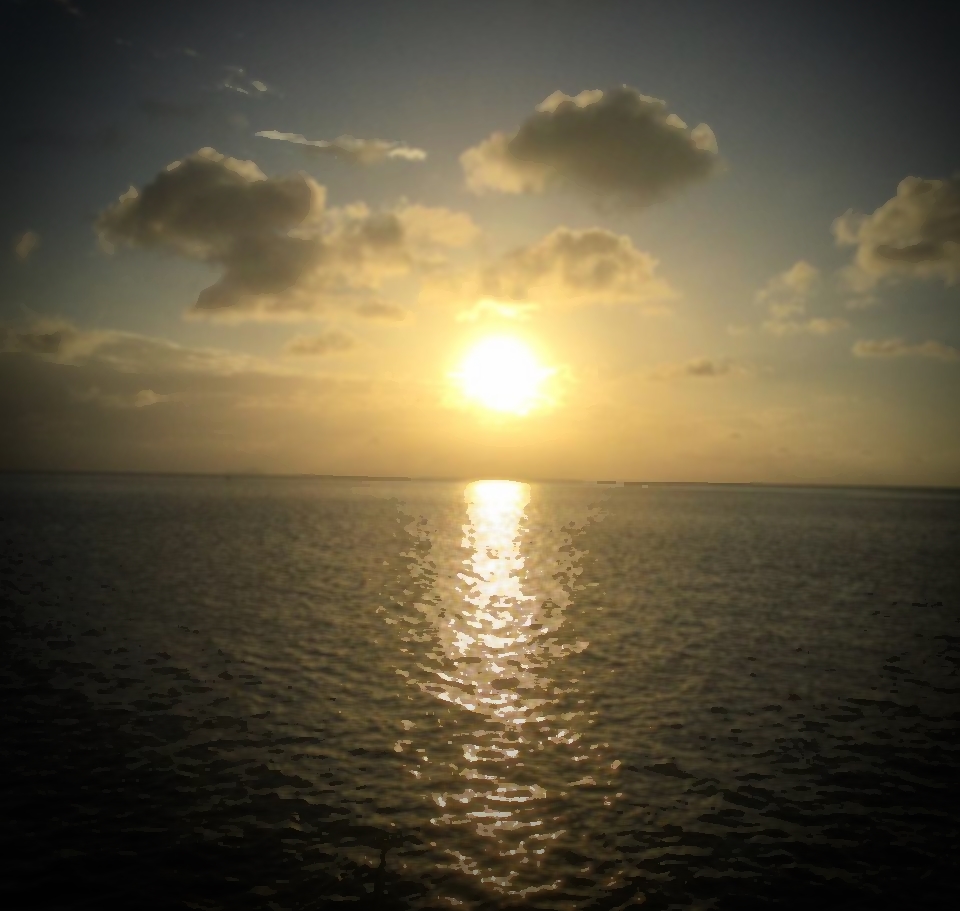 I stood mesmerised, looking up at the Gin clear star studded sky noting the slightly jaunty angle of Orions Belt.

The wash of the passing waves created a puzzling symphony of percussion mixed with cymbals as they slapped and swished against the hulls of our catamaran as she effortlessly glided along under headsail alone in the stiff night time breeze.

In the pinhole pricked velvet sky I picked out the Southern Cross constellation and pleasingly saw the flicker of a shooting star.

I quickly made a wish.

I was therefore surprised and disturbed at the tears rolling down my cheeks.

In my muddled thinking I couldn’t understand why in all this incredible beauty I felt a profound sadness wrap around me like a heavy blanket and yet I had no reason to feel sad.

Hang on I thought !

I am here sailing along the Australian coastline in my own boat. I am loved by my wife and have no immediate financial worries.

I remembered the feeling of complete vulnerability 3 years ago when I woke up in hospital with someone telling me in unemotional sterile terms that I had, had a cardiac arrest and I was in hospital before walking off without another word.

Heavy drugs from the week I had spent in ITU still coursed through my veins and my first week out of ITU was a blur of nothingness.

My second week was less so, but as I was still drugged to a stupor. I don’t remember that much other than the bright white lights and the myoclonus.

…that vague and innocuous medical term that describes violent and involuntary muscle spasms that hurt like hell and can hurl you off the bed onto the floor. When they came without warning my body shuddered from head to toe and I felt like Linda Blair in The Exorcist minus the 360 degree head rotating scene.

I had tubes coming out of everywhere, couldn’t feed myself in fact I couldn’t hold a spoon or anything else because I would spasm and throw it somewhere.

If I cannot feed myself, look after myself, have to urinate through a catheter and be fed through a tube!

my life is over and I will never again feel a cold New York winter wind slash my face or see the warm summer rain bring a special fresh beauty to a wild meadow. The buzz of a bee or listen to the dawn chorus in an early morning spring.

forever dependent on people who care for a living because I am destined to spend the rest of my life in a bed or a chair observing life through a distant window that I am unable to open.

The whiteness of the ward, lack of plants, flowers, paintings and anaemic looking tea which came twice per day as did the medications trolley merely added to the institutional perspective on routine and asepsis.

It was sterile in every sense of the word…….

My wife brought me in a portable DVD player and paid for T.V. on the swinging over bedside unit and I watched many films wearing headphones to fill the void in between her daily visits. These were really helpful to me as during the cardiac arrest I had suffered some hypoxic brain injury and my socialisation was disturbed, meaning I lost the skill and social rules guiding ordinary conversations.

I interrupted people, did not listen to what they were saying and topic hopped more often than Freddy the frog. Tell me about your dying Aunty and I would be just as likely to tell you my favourite ice cream flavour.

Tell me how affected you were when you were made redundant after 30 years loyal service and I would start searching for the TV remote. I simply couldn’t link and respond like most people are expected to.

Empathy, compassion and understanding had disappeared to be replaced by… ……………….well……………nothing !

So for me to simply watch the way people interacted on TV was an incredible learning tool from which I benefited greatly (I hope).

I unwittingly started to associate between behaviours and conversations, meaning and implications. So the day when the Doctor told me I had to have an ICD fitted I knew I should listen and I knew I should ask him some useful questions instead of telling him I once had a dog called Pru.

One day a nurse appeared by my bed to remove my catheter but I had decided I wanted to do that myself and remember feeling surprised by how pain free it was as I gingerly removed it.

In a weird way I felt good about that experience because for me it was a measure of progress as I now could pee into a bottle and I got a little beyond myself.

I decided I could now climb Everest and although at this point I had never been out of bed I managed to somehow get hold of a Zimmer frame and walk (or shuffle) to the toilet like ordinary people did because I now wanted the dignity of urinating into a toilet and not a cardboard bottle.

Unfortunately as I stood there my legs gave way mid stream and I fell twisting one leg underneath me in a kind of unpractised and painful advanced yoga move, and I tore something in my knee. Much screaming later a male nurse called Josh arrived and somehow sorted me out the poor blighter.

When Josh had got me back into bed I was told off in no uncertain terms about the consequences of my folly and unsurprisingly moved shortly afterwards to a rehabilitation ward.

On the face of it this was indeed progress especially as I was in part bribed by the suggestion that they had a therapeutic swimming pool to which I would have access (although this never happened).

On getting to the ward they had obviously been briefed about me so they alarmed my bed so that if I moved they would be notified and as a side my zimmer was confiscated.

The bed sides were put up and then they left me.

I festered for a while listening to the whimperings of my fellow patients until I threw a tantrum, and slid out the alarm cushions and lobbed them causing a rushed response to my bedside to which I declared that I would NOT be sleeping on alarm cushions and I wanted my zimmer back.

Well the zimmer didn’t return, but a small wheeled wheel chair did and I set about exploring the hospital by lifting the foot plates and scooting with my feet.

My myoclonus had improved, but not disappeared and I was still very prone to falling, however the wheel chair allowed me to push it empty when I could and sit in it when I needed.

With my wife’s help I also got to go outside which is where I used to go and sit under the most awesome weeping willow I had ever seen.

I loved that tree (and still do) it became my best friend through some very dark days.
After two months during which I had improved I discharged myself and went home with my wife and a wheel chair !

I fell and injured myself many times trying to do things that were beyond me.

So why during one starry nights sail in Australia when I am all alone surrounded in abject beauty and wonderment, doing the thing I love………….

…do I well up and feel incredibly sad ?

Well because I cannot stop myself remembering what happened………..and how but for a flicker of fate, I wouldn’t be here to experience this wonderful life filled with wonderful people and sometimes………

Maybe seize the day, live for the moment, every breath you take, every experience……

…all have a place and it is indeed a good if not a great place to be.

A life of good health and well being.

During my SCA I lost some of these things.

But I also gained some things that I wouldn’t have done but for the SCA.

I have learned deeper humility and gained greater compassion for those less fortunate than me.

I appreciate more of my life than I ever did and I think I have much more understanding of what love is.

…having once died I can now live with that I think?