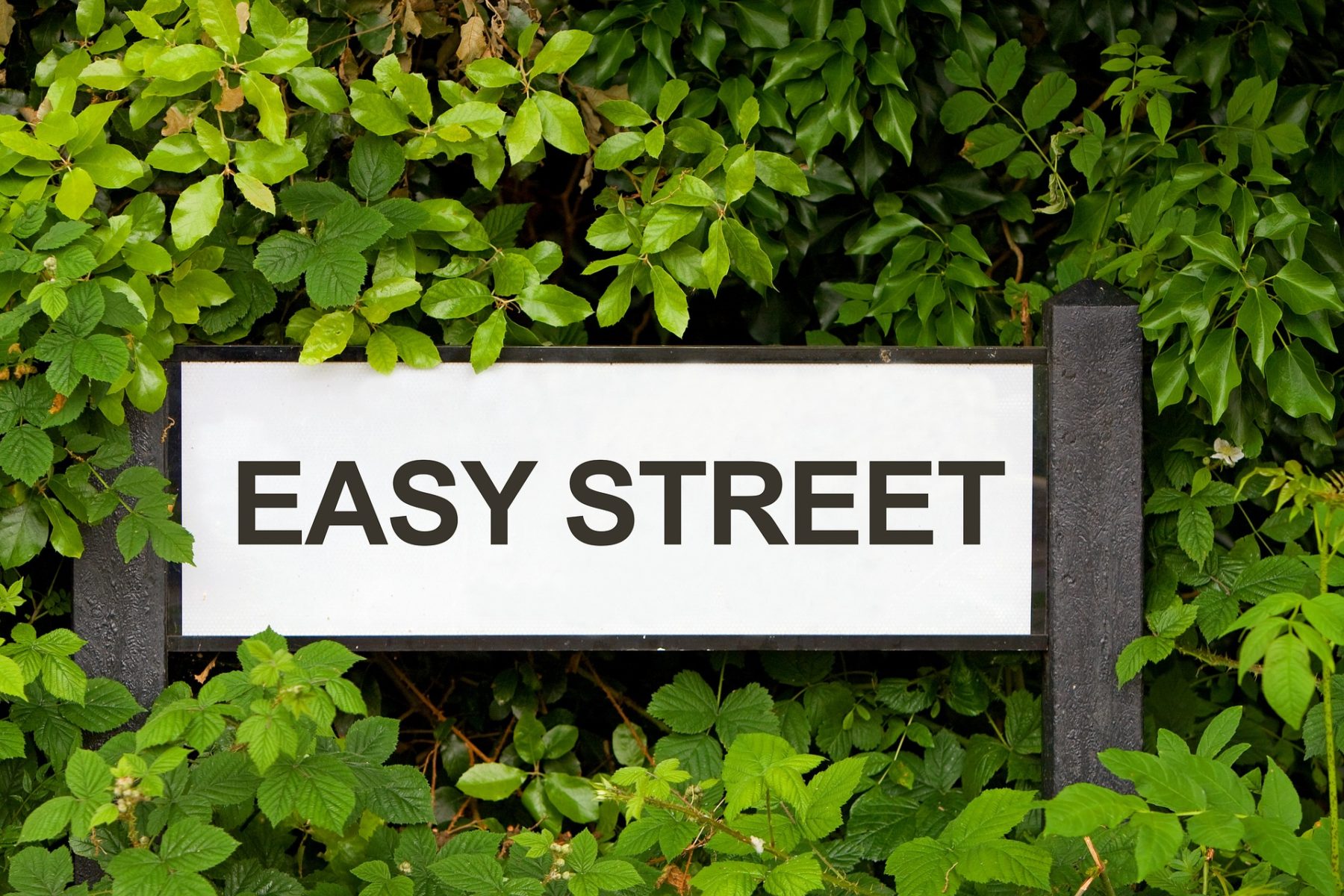 18th September 2016 was a pretty normal day. It was Sunday, we had the grandson over, I cooked a roast. In the evening I complained about a bit of a weird feeling in my chest, kind of indigestion but not. I shrugged it off, went to bed and thought if it continued I’d call the Doc after work the next day. I woke up around 1.00 am with a sense of foreboding, still a bit of a funny feeling in my chest, it had moved a bit, into my throat, nothing painful. I was actually having a heart attack which at approximately 1.30 am on 19th Sept lead to five Cardiac Arrests.

I still have no idea what prompted me, but I got out of bed and somehow found the phone in my hand calling 111 for advice, whilst arguing with myself that I had important stuff to deal with at work the next day! I was making a fuss over nothing. I had no classic heart attack symptoms, wasn’t in any pain, but just felt something wasn’t right. That sixth sense,  a feeling of impending doom maybe. Despite apologising that I was wasting peoples time, and saying I was sure I was worrying over nothing there was no hesitation on their part in sending a paramedic.

About 20 minutes later, after following their advice to open the front door and turn on lights, I’d got my somewhat bemused partner out of bed and got myself dressed. Whilst being examined – ECG, BP, all the usual questions – I felt no urgency or panic and was even joking about the whole situation, apologising for wasting his time. Anthony, my lifesaving paramedic, said ‘Doesn’t look like it’s your heart, but we’ll get you to Basildon Hospital just in case.’ I was still arguing that I’d go to the doctor in the morning and felt stupid for making a fuss. Suddenly I remember saying “That really hurts now’” and felt what I can only describe as the most enormous bear hug –  I went into cardiac arrest. My ‘memory’ of it is of peaceful, black, calm nothing although this isn’t a true memory, more my brain’s way of trying to make sense of that time.

That amazing paramedic with support from my neighbour, an anaesthetist who just happened to be not on a night shift but up reading when my partner went running for her, saved my life by doing CPR & delivering shocks from an AED. I’ve since found out from Anthony that I actually had two arrests at home before coming round on the floor surrounded by people – a sea of green with concerned faces. As they lifted me out to the ambulance I remember telling my partner to make sure my daughter and grandson knew how much I loved them.

The ambulance crew then saved me a third time when another CA happened on the way to Basildon Hospital. I have a particular memory of a very reassuring lady, Teresa, on board and just remember that crushing feeling, and saying ‘It’s happening again’ before the blackness took over. I arrested twice more that night in hospital but remember the first and third times only. There’s a vague memory of coming to in the cath lab, of seeing my heart on a screen as they were inserting a stent, and having a conversation with a nurse about my nail varnish!

My poor partner is the unlucky one who witnessed the whole thing. Apparently after that first stent was fitted, I had a further arrest, was resuscitated, and was taken back for another stent to reopen the first.  Talk about a ‘chain of survival’ – right place, right time, and all because of a phone call that I still don’t know why I made.

I was in hospital for two weeks and had three stents in total. I’m told I came round two days later thinking it was still Monday morning and demanding someone call work to say I’d be late. Those first days are a bit of a blur but I do remember them. The fantastic doctors and nurses, visitors coming and going, beeping machines, oxygen masks, being referred to by hospital staff as ‘the little miracle’, other patients leaving CCU and wishing me luck, telling me how pleased they were to see me doing so well, and an elderly gentleman who told me he’d been praying for me although I hadn’t even spoken to him. But mostly an absolute under appreciation of what had happened to me! I wanted home, I was fine, I wanted ‘normality’! Little did I know….

Dying is the easy bit – surviving is infinitely harder.

For the first few weeks I was in an almost euphoric haze of ‘Wow, I survived death’. Then overnight, reality and, with it, an emotional upheaval like I’ve never known. I never understood the meaning of the word ‘sadness’ until that moment. Bam, the tears started and felt like they’d never stop. Would I ever feel like ‘me’ again, when would life return to ‘normal’?

I’ve been left with a number of physical medical problems: emotionally & psychologically the fallout from surviving death is hard to cope with, and fear, anxiety, depression & PTSD is, I now know, common in cardiac arrest survivors.

Life changes! My memory is shot! I never did make my meeting or even make it back to work. I don’t have the independence I’d worked so hard for. You lose some of yourself somehow. I felt like I’d come back, but had left something behind. My personality has changed; I suffer fools less gladly, I’m calmer in some ways, but so much angrier in others. I don’t want to ‘sweat the small stuff’ and I want to really live.

I realised that we all imagine that dying is the end, your belief system is completely shattered when you survive dying! I was so blessed to, one night while sitting in tears, stumble across an amazing Facebook group, Sudden Cardiac Arrest UK. I posted how I was feeling and the response was incredible. People out there understood, I wasn’t alone, and  I wasn’t going completely insane!  This group has helped make some sense of my new ‘normal’.

Despite all that, I know statistics show that only 8% of people suffering a cardiac arrest at home survive! Thanks to EEAST and Essex Cardiothoracic Centre, I consider myself immensely lucky and couldn’t be more grateful to those that saved me that night.

I am now 48 years old, and thanks to these amazing people I am still here to see my 5 yr old grandson, and newly born granddaughter grow up. I’m here to continue living & loving my family and my life.

On the 9th June 2018, I was privileged to become a Guinness World Record Holder along with 126 others from across the UK, for the largest gathering of cardiac arrest survivors in one place, at Basildon Hospital. This was a true celebration of life.  And I’m currently the Chair of a local group in my village, working to provide public defibrillators in our community.

I’ve been involved in instigating a Hospital Heroes award for my Cardiologist, who supports SCA UK. He won! On my 2nd anniversary, 19th September 2018, I finally got to put names and faces to my lifesavers! One of the most emotional experiences of my life! How do you thank people for the gift of your life?

I truly cannot say ‘Thank You’ enough, or find ways to express my gratitude to all those who made living possible! It was an overwhelming day, for the four paramedics and ambulance crew, as well as for my family and me. I got some questions answered too, which helped with some of my ‘lost’ moments. They got to see the results of their work, and seemed very happy at the outcome. There’s no describing the emotions running through me when I finally met them.

Yes life is different, but time, my family and friends, SCA UK (& the ongoing support of a very good psychologist!) continue to help me make some sense of it all. It’s been a good excuse never to cook a Sunday Roast since….

The cardiac arrests may have tried to take my life, but I’m a survivor.

I’m not a poet, but I wrote this a while back about my experiences:

Funny feeling in my chest
Time to lay down, time to rest
Awake, foreboding, don’t feel right
Don’t yet know I will die tonight

Paramedic checks my heart
Massive bear hug, just the start
Peaceful, black, time stops still
My body gives in, it has no will

Watch my heart upon a screen
Chance of surviving is pretty lean
See the arteries, talk of clots
Alarms go off, my heart just stops

Hospital, doctors, they didn’t shirk
I think I might be late for work
Worried faces, a loving look
Five cardiac arrests, my life they took

Life goes on, but not the same
Something missing, no one to blame
Sadness, panic, emotions raw
No one knows the things I saw

Pain, confusion, numerous meds
Days I can’t get out of bed
The aftermath of death is hard
The odds all changed on the turn of a card

I died that night but yet I’m here
What’s the reason? It’s not clear
My grandson’s smile, a hug, a kiss
The things I’m grateful not to miss

Life’s upside down, it’s round & round
Sense no longer can be found
Normality, for that I strive
I died that night – but I’m alive.

3 thoughts on “Dying Is The Easy Bit”