Skip to content
Home » Blog » In the long run 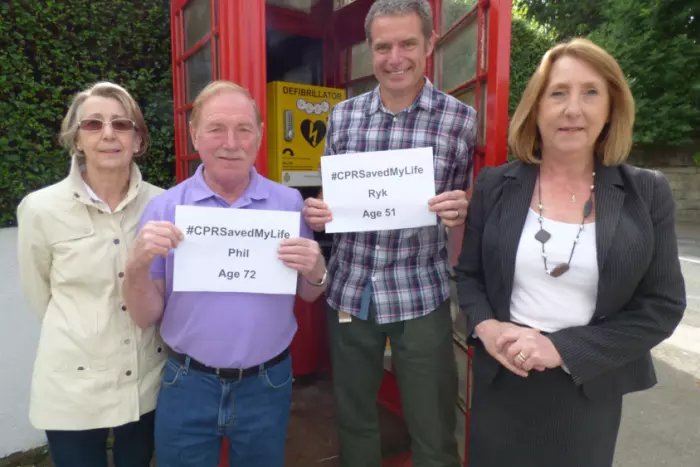 Friday January 22nd 2016 started out as any other day. It was day 114 of my ‘run every day’ streak running challenge where I had committed to running a minimum of 10K a day, every day. My body had adapted well and had got used to my daily 50-60-minute run. Only a few weeks earlier I had climbed Ben Nevis on New Year’s Eve in the snow, with my wife Bev and followed up with a 10K run when I got back down. On New Year’s Day I celebrated with a solo 19 mile run around Loch Leven. The week before I had run my fastest 10K and posted on Facebook that I had never felt fitter.

I had planned to run a half marathon that lunchtime, but got delayed so opted for a 10.5 mile run. All was going well the weather was good. I was really enjoying my run. The next thing I knew I woke up in intensive care three days later! I kept asking my family who were around my bed what had happened, all I could think of was that I had been hit by a car. The truth was scarier.
An artery leading into my heart had blocked due an hereditary condition. This had caused a heart attack and cardiac arrest due to no blood getting onto my heart. This had happened just 30 seconds from home. If I had reached home no one was there and I would not be here today. Thankfully a passerby saw me fall and started CPR Others helped and a defibrillator from the nearby post office appeared. It took four people 20 minutes and the defibrillator to bring me back to life. I stopped breathing 3 times at the scene and again in the air ambulance on the way to hospital. I was a very lucky person to survive. There were no warning signs at all, my cholesterol at the time of the heart attack was a mere 3.9. My arteries were in a very bad way though and I required a triple bypass which was performed in February.

My surgeon joked and said he would only operate if I promised to get back to long distance running. That was music to my ears. I had completed several Ultras in the past, but had to retire after 51 miles of the 2015 Hardmoors 60 so I had unfinished business and even in my hospital bed I knew that was my goal. My family were not too sure at this stage but within 24 hours of coming out of Intensive Care after the operation I had managed to climb a flight of stairs. I went home 4 days after the bypass and a week later went for a gentle walk. I steadily built this up until I started to jog then run again. I had a place in the Leeds Half Marathon and that was my first goal. I managed to complete it with a defibrillator on my back (to raise awareness of their benefits and to money to buy a further three). I ran alongside Bev and my eldest daughter Sherri.

I continued to train most days, but because Bev understandably did not like me running alone anymore I joined a running club, the furthest I managed to run for the next 4 months was a mere 10 miles – once. I thus entered the Hardmoors Princess ‘One-in-the-Middle’ 17.5 miles trail run just to check my stamina a fortnight before the Hardmoors 60 and had a really good run so all was set for my re-entry into the ultra-running scene just 7 months after my triple bypass.

So the day finally arrived and I was very nervous, but also excited. Could I actually achieve after a bypass what I failed to achieve before? Bev was there as my support 63 miles and 11500 feet of climb along the Cleveland Way from Guisborough to Filey. The target was to complete the race in under 18 hours. On the way to Runswick Bay I started to suffer, it was far warmer than forecast, my middle left toe felt broken (I wear orthotics due to a foot condition) and my calves were starting to ache. I was only 45 minutes within the cut off so really up against it. I nearly quit at that point only 21 miles in, but thought I would give it one more stage so that I had at least run further than a marathon.

On the way to the next checkpoint I met another runner, Louise, who was to stay with me until the final stage. She encouraged me to start running again and at each following checkpoint we clawed more and more time back. However, as we left Scalby Mills, where I retired last year, my left leg finally gave up and was so painful I could hardly move. I persuaded Louise to carry on without me and called Bev. I was in tears and reluctantly admitting defeat. Bev had other ideas and gave my leg a deep massage. In conjunction with painkillers I was on my way again, but only made the last checkpoint by 5 minutes, leaving me 3 hours 5 minutes to do the last 9 miles through woods and along the coast from Scarborough to Filey in the dark, most of it past midnight and totally alone. I managed to get running again for 5 of those miles before my leg went again with a mile to go.

I managed to get to the finish with just seven minutes to spare on my watch. It was very much a combined effort and something I would not have been able to complete on my own without Louise and Bev. My heart was fine and at no point gave me any cause for concern. My big problem was my calves and shin splints, very unusual for me. After 4 hours sleep I got up for church the next day feeling fine, no blisters and no after effects. A big thank you to everyone who helped me achieve this amazing feat. I’m back!
I now want to give something back to the sport I love so much and have launched the Punk Panther Ultra Marathon Series. Six ultra-marathons all starting from Otley, West Yorkshire in 2017.